The Winsor Dam and the Goodnough Dike impound the waters of the Swift and Ware Rivers, forming the Quabbin Reservoir, the largest water body in Massachusetts. The dam is one of the largest in New England.

Yesterday’s snowstorm has transformed my yard once again.

Meeting these common creatures on a short walk never fails to lift my spirits.

This spacious field is a favored walking spot for both people and dogs on leashes. However, during the late spring Bobolink nesting season, special care is taken to protect these ground-nesting birds, while still enjoying their bubbly songs and low ground flights.

The power of water was on full display recently at the Moore State Park in Paxton, MA.

Snow makes whiteness where it falls,
The bushes look like popcorn balls.
The places where I always play,
Look like somewhere else today.

Traditional holiday decorations heighten the appeal of the small town of Hardwick, MA. Colonial, Federal and Cape Cod style houses are notable in this historic area.

On display at the Museum of Russian Icons In Clinton MA.

“As far back as the Stone Age, parts of the birch tree have been used across Northern Europe and Russia. Craftspeople and homemakers learned to use the tree for wallpaper, lumber, medicine, tea, shoes, writing paper, and other creative applications. Birch wood and bark quickly became a common material for more decorative forms of folk art as well. Woodcarving adorned buildings across Russia, and even the homes of peasants were decorated with spectacular birch carvings.”

The Museum of Russian Icons in Clinton, MA has mounted a thought provoking exhibition that strongly supports Ukraine during its conflict with Russia.

The project “Buy an Icon—Save a Life” was developed in response to the 2014 Russian invasion of Ukraine, when Klymenko encountered empty wooden ammunition boxes from combat zones and noted their resemblance to icon boards (doski). By repurposing the panels, the project strives, in the artist’s words, to “transform death (symbolized by ammo boxes) into life (traditionally symbolized by icons in Ukrainian culture). The goal, this victory of life over death, happens not only on the figurative and symbolic level but also in reality through these icons on ammo boxes.”

Exhibitions of the ammo box icons have been staged throughout Europe and North America to raise awareness of the ongoing war in Ukraine. In addition, sales have provided substantial funds to support the Pirogov First Volunteer Mobile Hospital, the largest nongovernmental undertaking to provide medical assistance to the Donbas region. The Russian invasion of Ukraine in February 2022 strengthened the resolve of Atlantova and Klymenko to continue painting icons on boards taken back from the frontlines. To date, the project has raised more than $300,000.

A goal of the installation will be to help raise monies for the Pirogov First Volunteer Mobile Hospital.

Traditional cranes and swans gather around a star box.

My eco-friendly origami paper inspires me to create Christmas trees and assorted animals which are elegant, yet easy to store. I mainly used Origami for Christmas by Chiyo Araki as a guide, but one can find dozens of Christmas origami ideas on the web, as well. 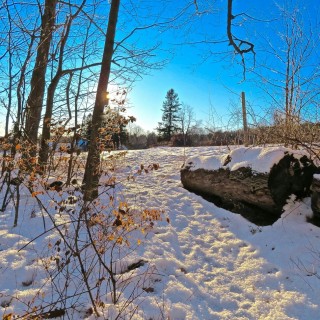